You are here: Home / Parish History

Simonburn lies to the north of Hadrian’s Wall, approximately 3 miles to the south of Wark and mid-way between Hexham and Bellingham; nestling in the North Tyne Valley in a quiet corner of Northumberland. The landscape is one of grassland, deciduous woodland, rough grazing, peat bogs and forestry plantations and most of the parish lies in the Northumberland National Park.

It had once an old Castle dating back to 1136 but all that is left is a small mound in the ground. Simonburn Castle was held by the Herons of Chipchase from the 14th century until its sale in 1718 but was subsequently dismantled by treasure hunters.

Nearby is Nunwick Hall which is a privately owned 18th-century Grade II* listed building.

Another attraction in Simonburn is St Mungo’s Church.  Although the church dates back to Saxon times the current building is 13th century. This medieval parish church, built on a slope as evidenced by the floor of the nave which has a distinct gradient.

The village opens out rather suddenly to one’s view, a pleasant and restful scene, where time seems to have stood still. The grass is sprinkled in spring-time with an array of daffodils and shaded by mature chestnut trees.

It was erected in the 19th century in memory of Lancelot JH Allgood of Nunwick, and reputed to be one of the best in the county; it is a Grade II Listed Building.  At its side is a much older mounting-block, and along the wall is a charming row of white phlox and other country flowers.

Outside the north wall of the churchyard runs the rectory drive, under its century-old trees, leading up to its splendid Georgian gate-posts, now preserved by the National Trust, and to the Georgian frontage of the ancient rectory. Beyond the lych-gate and almost hidden by the yew trees of the trim churchyard, rises the roof of the 13 century parish church of St Mungo. 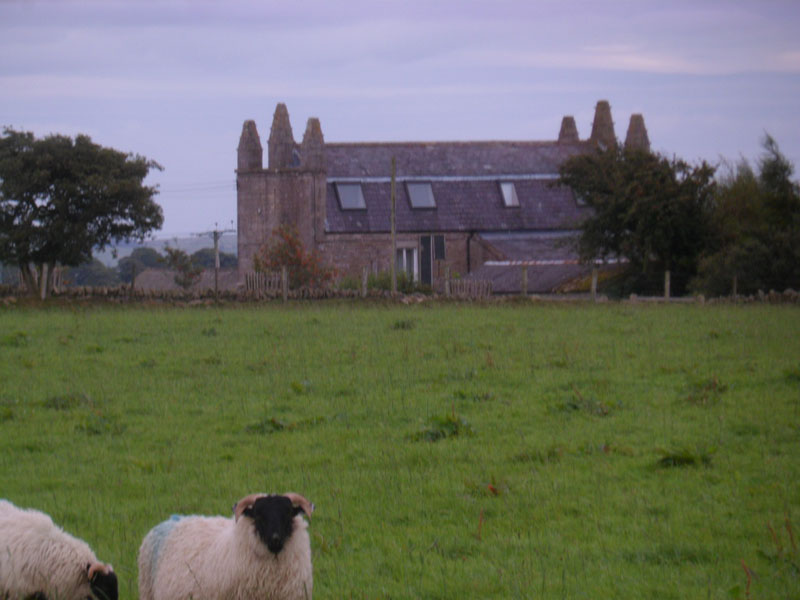 Simonburn, probably formed by Bishop Walcher of Durham in about 1072, was until 1811, the largest parish in England (260 square miles or 673 square kilometres).  It was known as “The Great Parish” until Greenwich Hospital divided it up adding five new parishes; Wark, Bellingham (which was a chapel-of-ease already and had its own ancient church), Thorneyburn, Grey-stead and Falstone.

The parish abounds in coal and ironstone, and iron appears to have been extensively wrought here in ancient times. The present parish contains 13,372 acres (5411 Hectares); the number of its inhabitants in 1801 was 900 rising steadily to 1,080 as recorded in the 1851 census.

There are at least four Council Meetings per annum, usually on the second Wednesday in the months of March, May, September and December and start at 6.30pm.  The Annual Meeting of the Council is held in May and follows the Annual Parish Assembly.