This timeless village of sash-windowed stone cottages lies midway between Hexham and Bellingham. It has a picturesque village green and the surrounding houses were used as location for TV mini-series of the Catherine Cookson novels.

Although St Mungo’s Church dates back to Saxon times the current building is 13th century. The Village Shop and Tearooms are open all year.

At the south-west corner of the green your attention is immediately arrested by a massive stone lych-gate piercing the moss-grown churchyard wall.  It was erected in the 19th century in memory of Lancelot JH Allgood of Nunwick, and reputed to be one of the best in the county; it is a Grade II Listed Building.  At its side is a much older mounting-block, and along the wall is a charming row of white phlox and other country flowers.

It had once an old Castle dating back to 1136 but all that is left is a small mound in the ground. Nearby is Nunwick Hall which is a privately owned 18th-century Grade II* listed building. 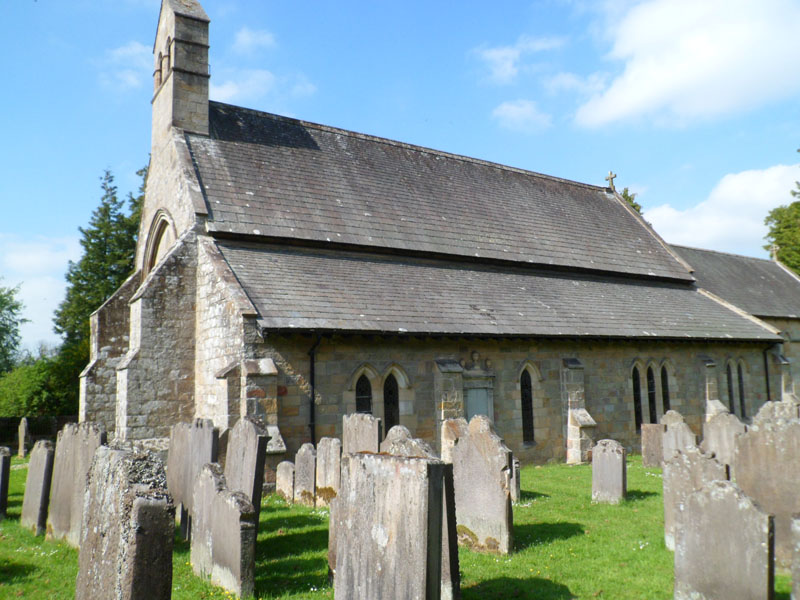